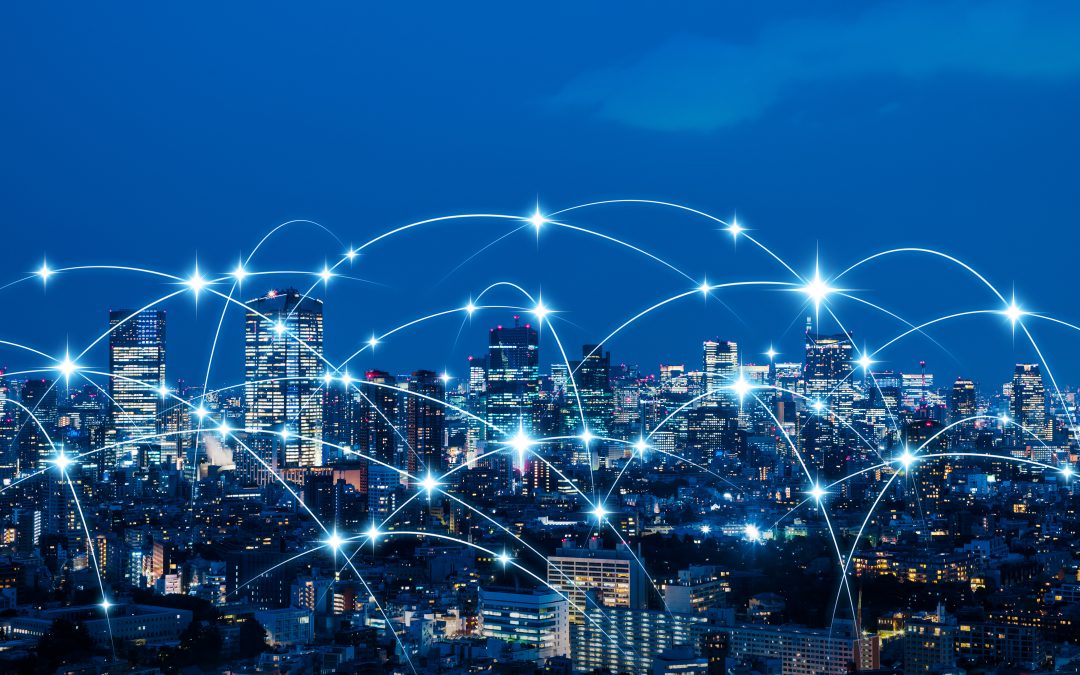 Have you noticed cell towers going up, well, practically everywhere?

Have you ever wondered what the real impacts of these cell towers are?

And in particular, are they safe?

Yes, cell towers emit microwaves and I can prove it!

I'll give you some facts about wireless technology that I think you'll find shocking.

And I'll document everything I say with scientific studies.

My connection to this is that I am a practicing Internal Medicine physician, and I offer my patients what I call "Integrative care", which utilizes nutritional and other natural biological strategies to reverse chronic illness.

So, you might ask, "Why would a medical doctor have anything to say about telecommunication infrastructure?"

"What could telecommunications technology possibly have to do with health?"

Let me start by giving you a thumbnail description of how the wireless telecommunication system works.

A cell tower is basically a radio broadcast station for your cell phone with one very important difference.

Cell towers and cell phones use microwaves to talk to each other.

And yes, when I say microwaves, it's a radio frequency waveform very similar to the one used by the microwave oven in your kitchen!

So let's talk about it.

Is it a big deal to be exposed to microwave radiation from cell towers?

I’ll illustrate this by telling you my own story.

It turns out, I have deeply personal reasons for concern about this proliferation of wireless towers.

Exposure to high levels of wireless radiation for more than an hour or so typically leaves me with a dull headache and a need to get extra rest.  Exposure for longer periods often causes my knees and even hip joints to ache and “catch”.

You think I’m crazy?  Stay with me here, I promise to show you the connection.

You see, I have personally been diagnosed with an autoimmune condition called Hashimoto’s thyroiditis, a systemic inflammatory condition that has saddled me with debilitating fatigue, digestive issues, insomnia and even near-crippling knee pain.

Fortunately, I have learned how to reverse this chronic illness for myself, and I am now able to offer that to my patients as well.

Interestingly, as I reversed my Hashimoto’s thyroiditis, I discovered that exposure to wireless radiation became a more and more significant contributor my symptoms.

In fact, as I have gotten healthier, I have found that wireless radiation has become my biggest ongoing nemesis!

Unfortunately, those symptoms are an indication of the darker reality that brain and other tissues are literally undergoing damage at the molecular level at the hands of this widespread man-made energy source that most people don’t even realize is a threat.

So what do scientific studies say about the safety of these microwaves?

It turns out, microwave radiation has never passed ANY safety testing.

In fact, the microwave radio frequency used by cell towers and cell phones has been demonstrated by scientific studies to cause numerous harmful effects to any biological system ever tested!

And we have thousands of these studies.

I've included summaries of a few of them here.

The study that concerns me most is Khurana’s review of 10 observational human studies, in which his group found an increased prevalence of adverse neurobehavioral symptoms or cancer in populations living at distances less than 500 meters from cell towers.

That means you could live as far as a third of a mile away from a cell tower, and you’re still more likely to have adverse neurobehavioral symptoms or even cancer.

By the way, none of the studies reported exposure above accepted International guidelines, suggesting that current guidelines may be inadequate in protecting the health of human populations.

This is not tabloid fodder, this is peer-reviewed science!

I'll leave you with this.

As you see new cell towers being planted on practically every street corner, don’t think for a split second that we will not as a community and as individuals pay a heavy price in terms of health effects in years to come.

What’s the solution to this emerging crisis?

Learn all you can about the health impact of wireless, keep an eye any new symptoms you may develop, including headaches, fatigue, difficulty sleeping, digestive difficulties, even unexplained joint pains and emotional instability.

And by all means, stay suspicious of this “miraculous” technology that has ushered in so many conveniences that so many have assumed is harmless.

Am I suggesting that we should all toss our cell phones into the dumpster?

But maybe there’s a balance we can strike for the sake of our health, and that of our children.  Maybe we can use wisdom in deploying this useful and powerful technology.

After all, if we as a community fail to recognize this scientifically proven health hazard, we may discover too late that it’s time to pay the piper!

I hope this brief overview of the science behind wireless technology has been helpful.

Stay tuned for future downloads of this and related subjects from a clinical perspective, see you next time!