Is There a Downside of 5G Technology? (Part II) 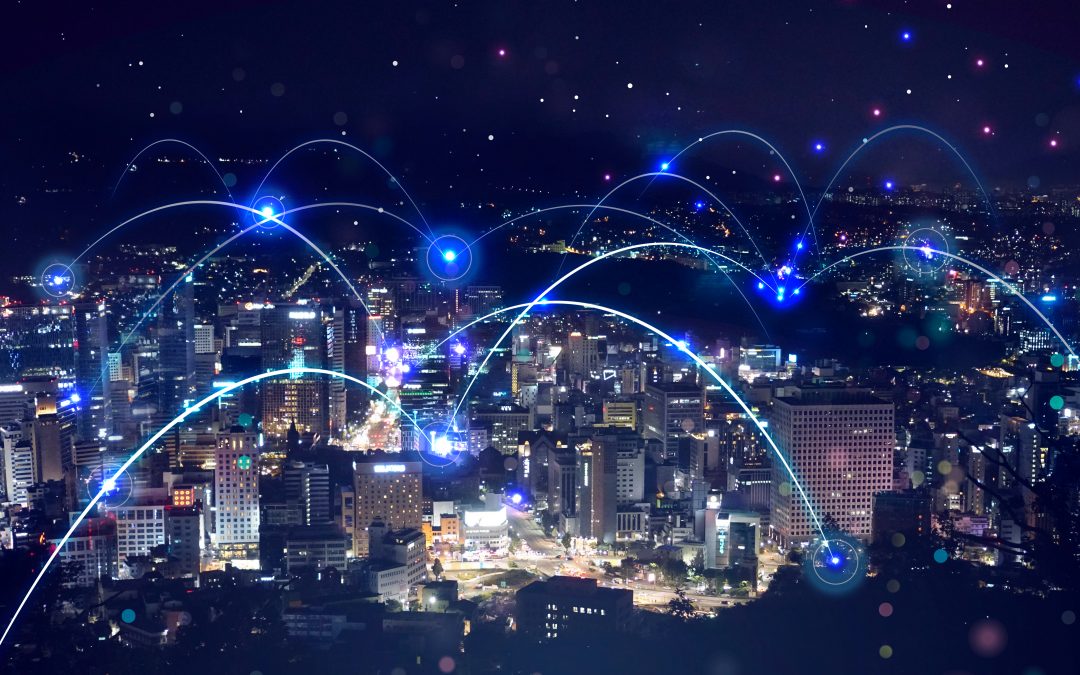 She had made several fundamental changes in her daily food choices, and had succeeded in reversing widespread muscle and joint pain.

As a result, she was feeling better than she had in 20 years.

Still, there was this lingering problem.

She felt fine during the day, especially if she was out and about.

But once she was back at home, it didn't take long before the brain fog and the fatigue would set in.

It was almost as if her little house was actually making her feel poorly!

In Part I of this series, we took a peek behind the curtain and discovered that the current 4G wireless telecommunication system uses MICROWAVES as its carrier frequency.

I'll give you some time to let that sink in again.

Most people, upon hearing that cell towers and cell phones run on MICROWAVES, are incredulous (horrified?).

Their first thought is, "Do you mean like the microwave oven on my kitchen counter?"

I explain to them that, yes, when I say microwaves, I'm referring to the same 2.45 gigahertz radio frequency waveform used by the microwave oven in your kitchen!

The next wave of reaction is also predictable.

They ask, "Microwaves? Is that safe?"

As a practicing physician, of course, it's my ethical duty to tell them the truth as I know it.

So, I refer to one or two of the thousands of studies that document the ill effects of microwaves on biological systems, including humans.

I might mention the reduced cognitive function and damaged DNA in the brain of rats (Deshmukh et al).

By the way, we’re not talking about families clustered around the base of cell towers.

Your house could be up to a third of a mile away from the cell tower, and you still have a greater chance of neurobehavioral symptoms or even cancer!

You really can't make this stuff up!

As I tell my classes, I don't try to convince people of these things, I just show them the studies and let them come to their own conclusion.

Now, where was I?

Oh yes, can I tell you how it turned out with Jane?

I asked Jane to tell me a little more about her house.

As it turns out, her house was right next to a high-rise apartment building with cell towers stacked on the top.

Jane was suffering from the effects of exposure to "electrosmog" because of close proximity not only to cell towers but also to dozens of live cell phones and Wi-Fi routers in the building next to her.

She immediately understood the connection.

The story does have a happy ending!

Jane had quietly been making plans for several years to move to the foothills.

Predictably, once settled in her mountain cabin, even with the modest increase in elevation, she felt better immediately.

Thankfully, her improvement in health did not require her to live like the proverbial "hermit".

She has cellular service and she has cable internet service with a Wi-Fi hook up.

I don't think anybody wants to go back to the "Dark Ages" before the wonders of near- universal access to helpful and potentially life-sustaining information through the internet!

Fortunately for you, avoiding Jane's difficult situation before her move is quite do-able for most people.

It does require a basic fund of knowledge about wireless connectivity and applying some common sense precautions.

The good news is, Jane is doing better each month.

As she continues to make consistently positive dietary choices along with managing exposure to her wireless devices, her legs remain strong and energetic, even during prolonged hikes.

I hope you've enjoyed this brief glimpse into Jane's journey.

Of course, my hope is that this story can be helpful to you in learning how to navigate through the minefield that we call the world that we live in.

Be sure to watch your social media feed for the next segment of this important informational series!

My goal is to illuminate this complex and often confusing aspect of modern life, breaking it down into easily understandable concepts that are simple to implement.

As the series progresses, I'll be going into more detail about the proposed rollout of 5G infrastructure, as well as detailing how various communities across our nation have responded to this documented health threat.

Please contact me at info@greathealth365.com to learn more about the negative impacts on our health from cell towers and related kinds of technologies.

*Jane is an actual patient of mine, though her name and some details of her case have been altered to protect her identity.